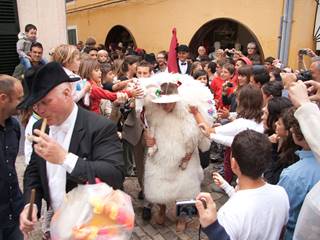 Something not to be missed are the local fiestas on the island. They are celebrated in all the towns of Menorca and have as  their  star performers the famous black menorcan horses.

At the “top of the bill” is the Sant Joan fiesta in Ciutadella, well known throughout the world and with a large following of visitors.

This is celebrated on the 23rd and 24th June, however, the atmosphere starts warming up from the previous Sunday when “the day of the lamb”, (día des bé)  is celebrated.

After a sleepless night, at exactly nine o´clock, following tradition, there is the first “toc de fabiol”, (first sound of the wooden flute), which takes place in the palace of the rider representing the noble families, the “caixer senyor”. Then, throughout the day,  the  Official Commitee go round the historic centre of Ciutadella, visiting the Town Hall, the Episcopal Palace, Foc y Fum, social associations, the noble families´ houses, and the homes of the other riders. These visits are in order to invite them to the fiesta of Sant Joan.

The most colourful person who can only be seen on this day, once every year, and is accompanied by the riders commitee is the “Homo des Be”, a man dressed in sheep skin, without shoes and with crossed painted on his arms and feet, who carries a sheep, decorated with ribbons across his shoulders.Throughout these days the streets are covered with sand as the main event are the riders (Caixers) who, dressed in black and white, represent the nobles, craftsmen, countrymen and the church, all mounted on horses adorned with ribbons and mirrors.

The main fiesta  starts on 23rd June at 2 pm. and is the most popular, crowded and emotional event of the whole thing. In the middle of the heat, both locals and visitor alike wait for the fiesta to begin in an atmosphere that is nothing short of electric.

In the palace of the Caixer Senyor, the flute player publically asks him if he can begin to collect all the other riders.

So as in other fiestas the expression “jaleo”, is used  for the fiesta activities, in Ciutadella, they are “caragols”: Caragol des Born, caragol de Santa Clara.

On the 24th, one of the most important events is “Els Jocs des Pla”, (the games in the Square)  These games are one of the most spectactular parts of the fiesta, and some of the most experienced riders take part. They consist of three tests of the riders´ ability: “Ensortilla” a game of acuracy. “Romper las Carotas” a game played in pairs, and ”Correr Abrazadas”, where two riders race together while embracing.

Finally, to say goodbye to the fiesta, the last “toc de fabiol” ( notes of the flute) which takes place in the early hours of the morning of the 24th June, and the final magnicent spectacle of the firework display.

Something worth mentioning is the gin. This local drink is mixed with lemonade, and is the typical drink of the fiestas. It is known as “Pomada”  or gin with lemon. 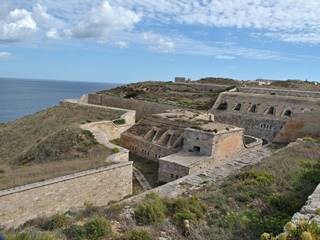 Do you know the secrets of the fort of La Mola in Menorca? 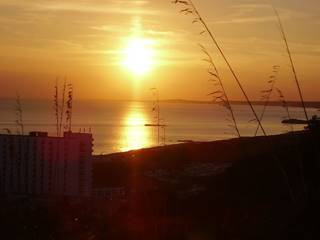 If you wish to see the first sunrise in Spain, come to Menorca

​Menorca is the most eastern territory of Spain 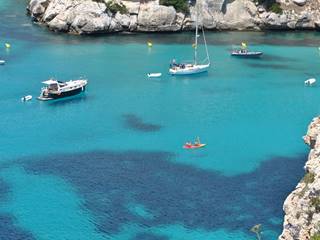 ¿Have you thought about going by kayak in Menorca?

Traveling from bay to bay, following the coast line, snorkeling, bathing , resting and then taking up the oars again

Receive offers in your email

Menorca Rentals Villas S.L. is a company registered under the nif B57821399 , with offices in C/ Bella Mirada s/n, 1ª planta, Urb. San Jaime, 07730 Alaior (Menorca) ("we", "our"). We manage https://www.menorcarentals.com ("the web"), so we are responsible for processing the information provided and obtained through the website, which will be included in our files of personal data. In this Privacy Policy, "you" refers to any person who submits information to our website.

Data protection is a matter of trust and privacy is of utmost importance to us. For this reason, only use your name and other personal information as set forth in this Privacy Policy. Only collect information if they require to conduct business with you.

We will store your information for as long as required by law or until it has fulfilled the objectives for which it was collected.

We may collect information of various kinds when we detect you want to make a request for a product on the Web.

We collect, store and treat your data with the aim to offer our services and process purchases on the Web and any possible future claims.

We may make us your name and address to a third party to perform the delivery of products (p. Ex. Our courier or supplier).

We will not share your personal information with third parties located outside the European Economic Community.

The Site may contain advertising of third parties or links to other websites. Remember that we are not responsible for the privacy practices or the content of such third parties or websites, nor take responsibility for third parties to whom we give your data in accordance with this Privacy Policy.